Victory Point Games - Twilight of the Gods: Age of Revelation (Plus 3 Expansion Packs)

Home / Twilight of the Gods: Age of Revelation (Plus 3 Expansion Packs)

Includes Age of Revelation Base Game AND Season of Apocalypse, Season of Epiphany, and Season of Prophecy Expansions 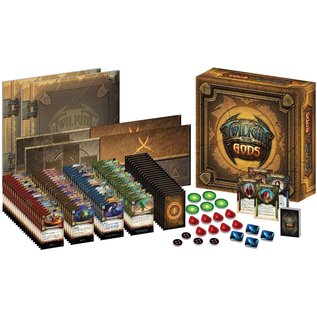 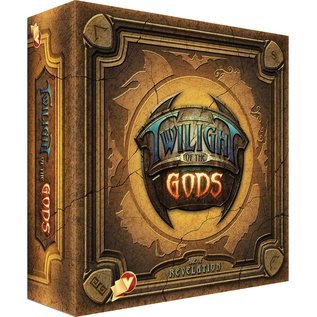 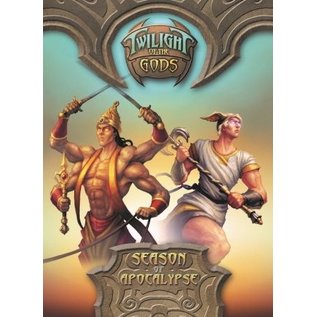 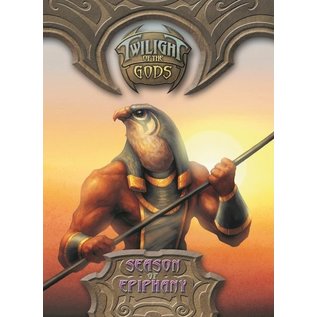 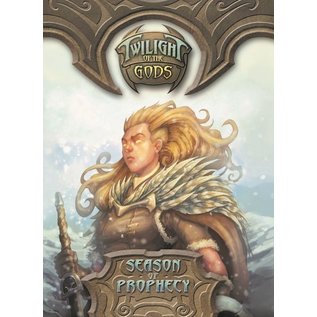 In Twilight of the Gods: Age of Revelation you and your friends will each assume the role of a deity from myth and legend, and battle to the death to see who is the strongest god, using human armies, mystical beasts, and heroes of renown from both past and future. These deities span multiple pantheons from numerous civilizations, and each favors a particular method of strategy – Aggression, Negotiation, Mysticism, or Sanctuary – which influences how your battle will play out. Every deity also possesses a special, once per game power that can be used to further the tide of battle in your favor, or come back from what seems like overwhelming defeat, so never count an opponent out until they draw their last card.

In Season of Prophecy, the forces of Sanctuary emerge from behind their walls to take the fight to their enemies. Led by the Norse goddess Freya, these new cards accelerate Sanctuary's early game options and allow for a more proactive and aggressive play style. Not everything is good news for the defenders, however, as the other three factions are mustering potent new additions to their arsenals as well.

Season of Prophecy contains 50 cards, which are made up of 16 brand new cards (each having multiple copies), and 4 cards previously seen in the core set.

In Season of Epiphany, the adherents of Mysticism tap deeply into primal sources, bringing a bevy of new destructive effects to bear on all who would oppose them. Bolstered by such powerful cards as Aether Implosion, and the emergence of Yggdrasil, the World Tree, Mysticism followers gather behind Horus to dominate the battlefield. It remains to be seen if the new powers gathered by the other factions can withstand the oncoming storm.

Season of Epiphany contains 50 cards, which are made up of 16 brand new cards (each having multiple copies), and 4 cards previously seen in the core set.

Aggression and Negotiation's rivalry bursts into open conflict with the introduction of Indra and Hermes in Season of Apocalypse. Backed by potent new epic creatures, including Alexander the Great and Melanippe, the Black Mare, the roiling conflict between pantheons threatens to encompass the entire globe and lay waste to all that exists. Will this be the final battle of the gods? Only time will tell.

Season of Apocalypse contains 50 cards, which are made up of 19 brand new cards (each having multiple copies), and 4 cards previously seen in the core set.