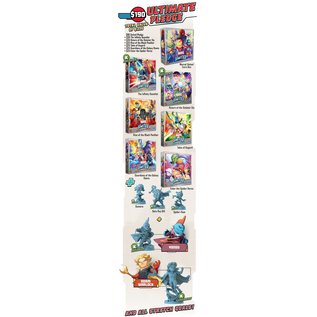 It’s time to become the Heroes you were always meant to be! Designed by Eric M. Lang and Andrea Chiarvesio, Marvel United is a fast-paced cooperative game where players take control of Marvel Super Heroes and band together to thwart the master plans of the most dangerous Villains in the universe. With an all-new visual take by Edouard Guiton, brought to life in fantastic sculpts, Marvel United will challenge you and your friends. Only by standing united will you have any chance of victory!