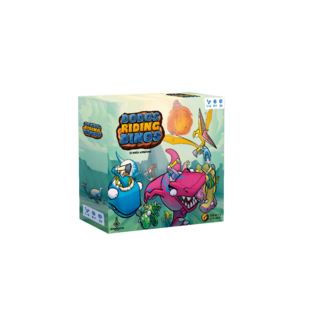 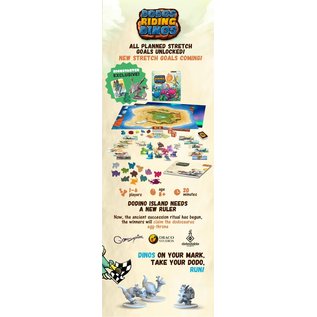 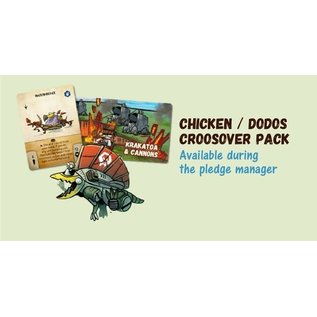 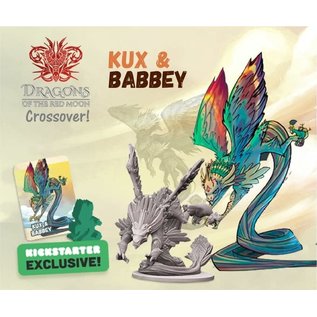 Choose your favorite Dodo/Dino miniature!
Advance with blue or red cards and solve their whacky effects. Some will test your dexterity against your rivals by throwing bananas, flicking dodo eggs or making meteors fall.

Red cards are extra powerful but if too many players pick them during the same round, their effects will be ignored. Green cards allow the Dodo to react at any time.

Damage your rivals so they discard cards, with no cards in hand their Dodos will retrocede as a penalty and draw some cards.

At the end of each round, the Dodo in the lead advances an extra space while the rest gets to draw a card.

The fastest Dodo and Dino will be saved from extinction!

One to six players compete in Dodos Riding Dinosaurs, a competitive family dexterity game that presents a crazy race.